Sistas: The Musical Returns to Off-Broadway! The Hit Musical Telling the Story of Black Women Through Popular Music from Billie to Beyonce.

Sistas is the hit musical telling the story of black women through popular music from Billie to Beyoncé.

After a matriarch’s death, the women in the family clean Grandma’s attic and find love and old memories packed away, and in the process, hit tunes that trace the history of black women, from the trials of the 1930s through the girl groups of the 60s to the empowerment of the 90s. Featuring 40 Hit Songs by Black Legends Including Aretha Franklin, Nina Simone, Alicia Keys and The Supremes.

SISTAS! The Musical , this live musical production is written by Fulbright Scholar and  Columbia University professor Dr. Dorothy Marcic, based upon a series of interviews she conducted with black women over several years.  Audiences experience an uplifting musical journey of a multi-generational African American family with over 40 hit-songs from the American songbook from the 1930s to the present day.   Performed by a cast of five women, the production focuses on the family’s quest to honor the memory of their beloved Grandmother as they dig through her basement belongings.

This new production of SISTAS! advances original cast member Tracey Lee Conyer as director and choreographer.  All new sets and costumes have also been added.

“SISTAS! celebrates black music and the bonds of a family whose struggles and triumphs are universal and whose singing will rock the house with humor, humility, and sass!” said Tacey Lee Conyer, Director.

“Ultimately, SISTAS! is a story of family, of the history that binds us, and of the love we share that transcends our differences.  It is a joyous celebration of strong women,” says Dr. Dorothy Marcic, Playwright 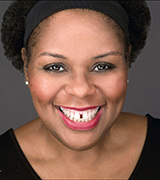 Debra Thais Evans, a native of Brooklyn, NY, is thrilled to be a part of the Sistas family. Favorite credits include: Broadway: Rocktopia: A Classical Revolution,  Tours: Porgy & Bess, Hairspray: Regional: Little Shop of Horrors (Ronnette), South Pacific (Bloody Mary), Carousel (Nettie), Into the Woods (The Witch). Other previous credits include several albums with Stage Stars Records. Many thanks to Bill, Tracey and the entire creative team for this incredible opportunity. Mama, Love ya! 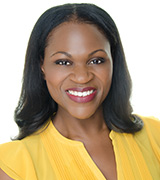 Romelda is known for her powerful, full, rich and emotionally charged vocal style. She recently appeared on Law and Order SVU and in the original Off-Broadway production of The Secret Life of Bees as Queenie at Atlantic Theater Company. She is most recognized for her portrayal of Sister Chantell in the original Off-Broadway production of Bare: A Pop Opera and for her portrayal of Paradise in the Broadway production of Brooklyn The Musical. Romelda recently appeared at Joe’s Pub in the critically acclaimed Ryan Raftery: Watch What Happens Live On Stage The Tale of Andy Cohen and the Housewives as Nene Leakes and Ryan Raftery Is the Most Powerful Woman in Fashion, The Anna Wintour Musical. Other credits Include: Momma Morton in Chicago, Mavis White Eagle in Idaho!, Featured Ensemble in Catch Me If You Can original workshops through its out-of-town run at The 5th Avenue Theater in Seattle, BJ Crosby in the National Tour of Smokey Joe’s Café. Romelda has appeared in numerous recordings, workshops, readings, The John Oliver Show on HBO and concerts with Linda Eder, Natalie Douglas, Harry Connick Jr., Pope Francis, Gloria Estefan, and Billy Porter. Thank you, God, for my Mommy, my Family, and Friends. My WAM Family Managers Rich and Mike. THANK YOU! IG: @theromeldateronbenjamin 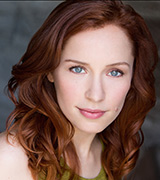 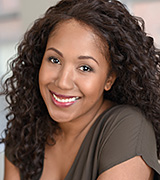 Maria is excited to join Sistas! A UK native who relocated to New Jersey, with her father hailing from New York, Maria obtained her Bachelor’s Degree in Social Science at Lancaster University, UK and was awarded a scholarship to the Berklee College of Music. Maria started her music career as a songwriter with Peer Music Publishing and went on to record her debut album with Sony Music.
Television credits: The X Factor UK– Finalist, The Equalizer – CBS,  Eastenders– BBC, Lost Arc, VO- Amazon. Theater Credits: (Lead Singer) Thriller Live– West End, London, (Candy) Saturday Night Fever – US Tour, (Chiffon) Little Shop of Horrors – Edinburgh Fringe, Soul Train – The Musical. Maria would like to thank her UK/US family for their continued love and support. Follow Maria and download her vocal app at https://www.instagram.com/marialawsonofficial/ 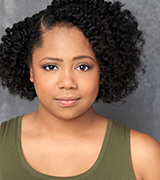 Montria Walker is making her Off-Broadway debut in SISTAS. Montria is an actor, recording artist and vocal coach. She has loved performing ever since she was a little girl! She grew up in church singing in the choir, but realized in elementary school, after doing her first musical, there was more to her passion! She went on to college and obtained her bachelor’s in Fine Arts With a Concentration in Musical Theatre at Kent State University. Favorite roles include Intimate Apparel (Mayme), All Shook Up (Lorraine), Pippin (Leading Player), and Into The Woods (Lucinda). Shortly after, she accepted a contract with Royal Caribbean International and went on to perform in Southeast Asia. She is so happy to be gracing the stage again with such an incredible cast! Montria would like to thank her director, music director, the entire SISTAS Team, and cast, for their dedication to making this a memorable show! She would also love to thank God, her family, boyfriend and friends for their constant love and support ! If she could leave you with one word it would be to “Believe.” IG: @MontriaWalker
***
Sistas: The Musical Creative Team
Author: Dorothy Marcic
Music & Lyrics: Various
Director / Choreographer: Tracy Conyer Lee
Producer: Franzblau Media Inc
***
Running Time: 85 minutes, with no intermission
Children under the age of 4 are not permitted in the theatre.
Saturdays  ~ 4:30 PM & 8:00 PM / Sundays ~ 4:30 PM

Box Office Hours Tickets can be purchased in person at the box office
one hour prior to the performance.

Click link to buy Tickets to Sistas: The Musical directly from Telecharge.
Ticket prices start at $42.00 including a $2.50 Facility Fee.